Pavé is the process of setting stones (notably rhinestones) in which a number of small stones are set as closely together as possible. The word is taken from the French and is pronounced pa - vay.
Often better pieces will use a claw setting. For less expensive pieces, the stones are simply glued in. The end result is what looks like a continuous surface of diamonds or other gems.
Pavé is a word that is often misused. So much so, in fact, that the word has incorrectly become nearly a ‘generic’ description of any piece of jewelry with a lot of rhinestones. The original French word meant paving, in a similar manner to paving a street. If you think of this meaning, it will help to get a better picture of pave settings in your mind. The jewelry piece should be literally "paved" with stones or rhinestones, with as little metal as possible showing.
The word is also often used for a strip in a setting which is done in this same style. The strip will look like a little paved street, and is used as an accent, rather than covering the whole piece of jewelry. In pavé, each of the stones each has their own little holding area the shape of the stone. The holding areas are just very close together.
Here are a few examples of pavé jewelry. You can click the pictures to open a larger image. 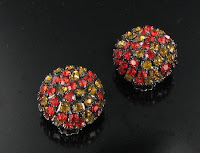 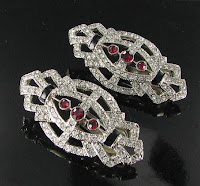 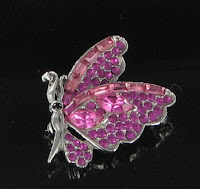