For centuries, the faithful among us has enjoyed displaying their beliefs in the form of religious jewelry. The styles have 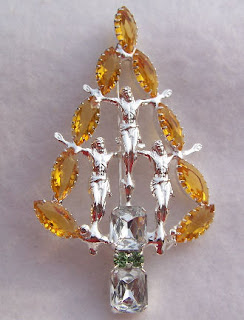 taken many forms, whether it be the traditional cross, the figure of a fish, a 10 commandments bracelet, or a pin featuring Noah's ark.

Religious jewelry can send definite messages to others about their beliefs. This lovely Christmas tree pin would appeal to a devotee who wants to make a statement: Jesus is the reason for the season like nothing else could do.

Why do people wear religious jewelry? Is it just to make the statement "I am a Christian/Jew/Muslim," etc? Or are there other reasons?

The main reason is probably a statement of faith, but think deeper. Historically, religious jewelry has been worn for protection. This is especially true of Saint's medals. Many believe that Saints look over the person who wears the medallion with their image. And a cross has long been seen as a protection against evil.

In a strict fashion sense, there have been times when it was seen to be "trendy" to sport a large ornate cross. If Hollywood stars are wearing religious pieces, then designers often copy them so that the public can emulate their favorite star.

Whatever the reason for wearing religious jewelry, these lovely pieces say a great deal about both the wearer's faith and their fashion sense. Here are a few choices from my online shops. Prices run from $7.25 to $43. I have lots of other choices too. Just click links in this blog post and it will take you to the religious jewelry choices in all of my stores. Or you can go to the top right hand corner of my blog, click the stores, and then search the site for the religious jewelry piece to suit you. 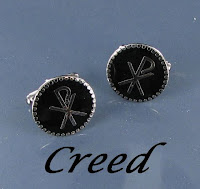 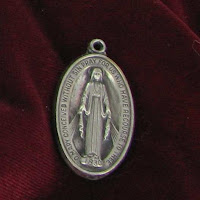 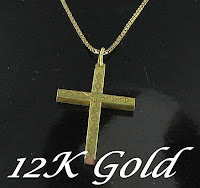 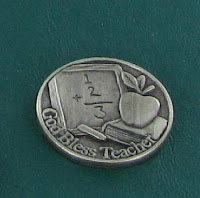 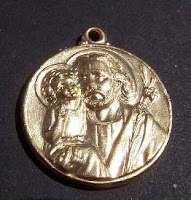 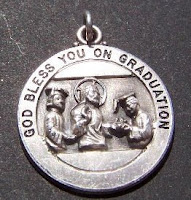 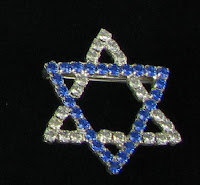 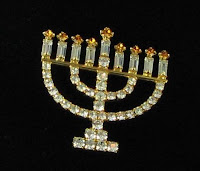 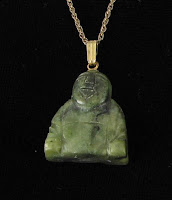