The Dangle is the Key to Lavaliere Necklaces and Brooches


There are many styles of necklaces available.  Everyone knows what a pendant is, but a lavaliere pendant is one that you may not be aware of.

The term lavaliere is used for necklaces (and also brooches) which have a pendant that has a dangling tassel or stone hanging below it.  The word was made popular in the mid 17th century by the Duchess de la Vallire, who was a mistress of King Louis XIV of France.

In the jewelry world the term has been shortened to lavaliere, or lavalier. Either spelling is correct.
Many stones can be part of the dangle but pearls are one that is commonly used.  I've seen lovely aurora borealis tear shaped glass stones, used in conjunction with a pendant or even brooch with dramatic effects.

Occasionally the word will be used for pendants which have dangles within a part of the design rather than below it. I have also seen two strand necklace, each with its own pendant described as a lavalier necklace. To be technically correct, there should be a dangle though, as part of the design, not just two separate pendants.

Here are some examples of Lavaliere jewelry: 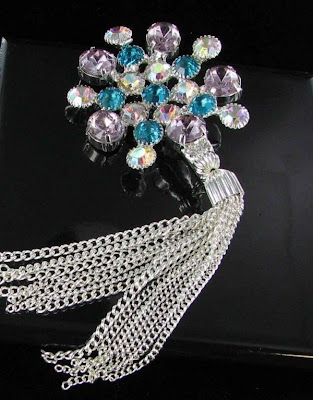 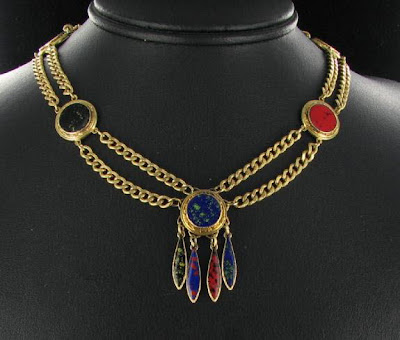 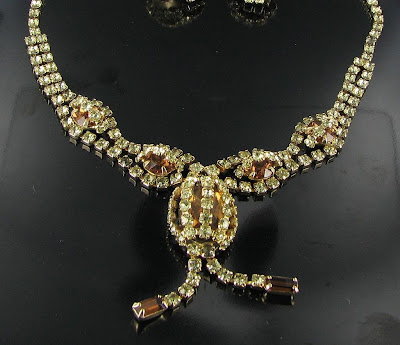 I have lavaliere jewelry in my Vintage Jewelry Lane store at very competitive prices.

What do you think of the design technique? Do you like the dangles or prefer a plain pendant?
Posted by Carol at 4:49 AM