Today's Jewelry Word - What is a Marcasite


Have you ever seen jewelry which is covered in rhinestones that aren't exactly black or gray but have a gunmetal style of finish to them?  If you have, you are probably looking at a piece of jewelry with marcasites.

Marcasites are a type of stone, often used in sterling silver jewelry, and very often faceted.  This mineral has the same composition as pyrite (fool's Gold) but has a different chemical structure and color. It is a gunmetal gray color with a shiny finish and is inserted in the same was as a rhinestone is.

The stone sometimes acquires a multi-colored tarnish that is the result of oxidation. It can also have a luster and be opaque looking. Very occasionally, a sulfur smell is detectable.  Here is an example of a rough piece of marcasite: 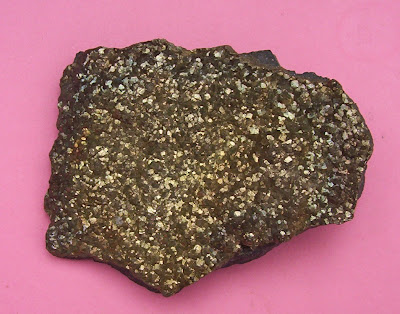 You may have heard of fool’s gold. Marcasite is the white form of fools gold. Marcasite jewelry was especially fashionable in Victorian times. Jewelers usually describe marcasite as a bronze or gunmetal color, and the designs often resemble an “Art Deco” period.

Some jewelry is described as being made of marcasites when in fact it is actually an imitation variety. In the real thing, the marcasites are individual pieces of gemstones set into small settings. In faux marcasites, they are made of small areas of metal made to give the impression of  the genuine stone.  Faux marcasite jewelry can be acquired for a much lesser price than real marcasite jewelry.

Here are a couple of examples of genuine marcasite jewelry. 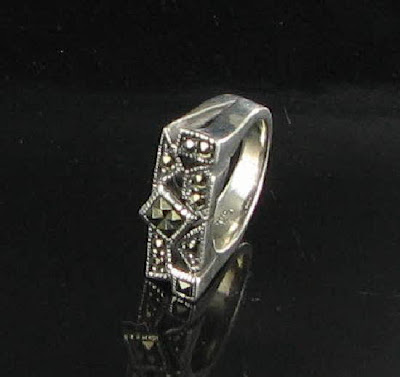 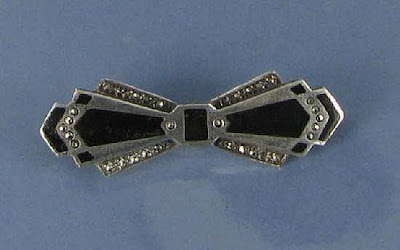 This last image is a Kenneth Lane for Avon piece with Faux marcasites. 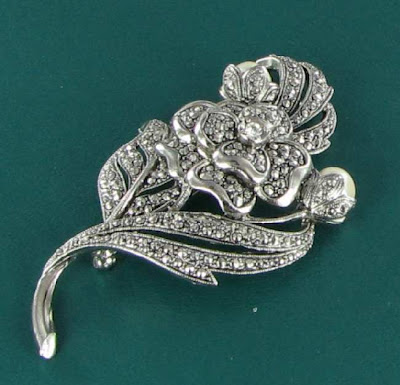 What do you think of the look?  Do you prefer clear bright rhinestones or are marcasites something that is more your cup of tea?  I'd love to hear your comments below.
Posted by Carol at 4:45 PM